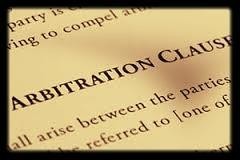 A few months ago, my colleague Pamela A. Lee, Esquire, warned of the dangers of arbitration clauses hidden in contracts which waive a consumer’s right to use the court system in the event of a dispute.  These clauses not only bar a consumer from filing lawsuits in court, but they also often deprive consumers of the right to assert claims in the form of a class action.  A class action lawsuit is a powerful tool which allows consumers to pool their resources to assert claims which may, on an individual basis, be of modest monetary value and prohibitively expensive to otherwise pursue.

While proponents of arbitration argue that private arbitration presents a more efficient and expedient way to resolve consumer disputes, a study by The New York Times found that where an arbitration clause blocks the ability to bring a class-action lawsuit, disputes involving small amounts of money are rarely pursued by individual consumers.  The Times found that from 2010 to 2014, only 505 consumers pursued arbitration where the disputed amount was $2,500 or less.  That means that millions of consumers, who may have wanted to challenge the imposition of a late fee by a credit card company or an overdraft fee by a bank, opted to walk away rather than individually pursue arbitration against a financial institution.

The Consumer Financial Protection Bureau, a federal agency formed in 2010 to address consumer protection concerns, recently announced a proposed rule which would sharply curtail a financial company’s ability to limit thwart class action lawsuits through pre-dispute arbitration agreements.  The proposed rule – which covers providers of certain consumer financial products and services in the core consumer financial markets of lending money, storing money and moving or exchanging money – would impose two sets of limitations on the use of pre-dipute arbitration agreements.

The proposed rule is expected to become final by the end of this year, and pre-dispute arbitration agreements entered into after the end of the 180-day period following the regulation’s effective date will be subject to these new limitations.

The attorneys at DiOrio & Sereni, LLP are experienced and available to help you. Contact Lisanne L. Mikula, Esquire at 610-565-5700, or send her an e-mail at [email protected].

“My little dog—a heartbeat at my feet.”      -  Writer Edith … END_OF_DOCUMENT_TOKEN_TO_BE_REPLACED

By: Laurie A. McCarthy, Esquire [email protected] Show Up – … END_OF_DOCUMENT_TOKEN_TO_BE_REPLACED