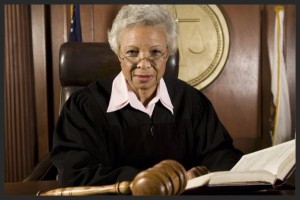 Philadelphia, PA — On Monday, August 17th, the Philadelphia Court of Common Pleas issued a ruling that rejected Attorney General Kathleen Kane’s attempt to deny Detective Claude Thomas’ request for a court-monitored public name-clearing hearing in his lawsuit against Kane. While the Court ruled that Ms. Kane may claim absolute immunity from personal liability for monetary losses even if she had maliciously made statements about Detective Thomas that were false, the Court has ordered Ms. Kane to answer in writing, within 20 days, Detective Thomas’ allegations.

The following is a statement from attorney Mark. A. Sereni, Esquire:

“I represent Claude Thomas in his lawsuit against Kathleen G. Kane that is pending in the Philadelphia Court of Common Pleas. Detective Thomas was the Pennsylvania Attorney General Office’s undercover agent in charge of a once-secret public corruption investigation involving state legislators.

Ms. Kane completely ignored, and continues to completely ignore, my written request. Candidly, I find it painfully ironic that when Ms. Kane now sees herself publicly accused of wrongdoing, she uses her immense power as state Attorney General to promptly call a state-wide press conference in an effort to defend herself, but when she publicly accuses a former undercover agent of wrongdoing who needs and deserves the same kind of public forum to clear his name, she decides not to lift a finger for him and instead virtually thumbs her nose at him.

If Ms. Kane truly practices what she preaches about the need for public transparency and better government, then I urge her to give up her claim to absolute immunity and instead take personal responsibility for her own actions and their consequences in regard to Detective Thomas. If Ms. Kane has nothing to hide, then she should welcome the bright spotlight of truth by shedding that cloak of absolute immunity.”

At the law firm of DiOrio & Sereni, LLP, we have more than 60 years of combined legal experience. To learn how we can help protect your legal rights, call us at 610-565-5700 or send us an e-mail.

“My little dog—a heartbeat at my feet.”      -  Writer Edith … END_OF_DOCUMENT_TOKEN_TO_BE_REPLACED

By: Laurie A. McCarthy, Esquire [email protected] Show Up – … END_OF_DOCUMENT_TOKEN_TO_BE_REPLACED