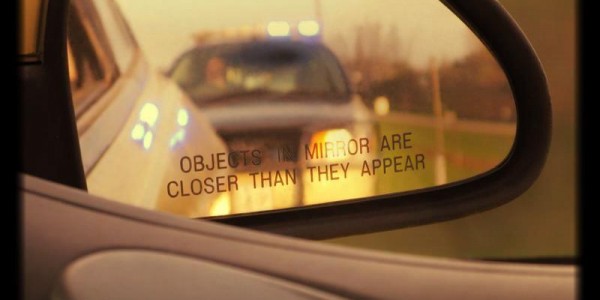 Did You Get The Point(s)? What you Need to Know About Points on your Driver’s License

August 29, 2016 by DiOrioSereniLLP
By: Robert B. George, Esquire
[email protected]
The Pennsylvania Department of Transportation, more commonly known as “PennDOT”, maintains a record for every licensed driver in the Commonwealth of Pennsylvania, in which it tracks, maintains and manages an ongoing record of points for each driver.  The assessment of points by PennDOT is essentially a system which determines if and when a particular driver is subject to certain administrative actions as a result of one or more driving violations.
Points are added to a driver’s record by PennDOT, or assessed, based upon a pre-establish “Point System” for certain violations contained within the Pennsylvania Vehicle Code, which are usually called “moving violations”. With the exception of speeding, wherein points are determined and assessed against a driver based upon the total miles per hour that he/she is found guilty of exceeding the maximum posted speed limit, all other violations on the current Point Schedule have a set number of points that will be assessed, depending upon the nature of the violation. For example, under the current Point Schedule, three (3) points will be assessed against a driver who is found guilty of failing to stop for a red light, whereas a sixty (60) day license suspension as well as five (5) points will be assessed against a driver who is found guilty of failing to stop for a school bus with flashing lights.
Pursuant to PennDOT, the purpose of the point system is to help improve driving habits and ensure safe driving. Importantly, in that regard, corrective actions will be initiated PennDOT when a driver reaches six (6) or more points, and the results, depending upon the age of the driver as well as his/her driving history, can be severe, leading up to and possibly including the loss of driving privileges. For example, the driving privilege of a person under the age of 18 will be suspended if he/she accumulates six (6) or more points, or if he/she is convicted of driving twenty-six (26) miles per hour or more over the posted speed limit. The first suspension will be for a period of ninety (90) days, and any additional occurrences will result in a one hundred and twenty (120) day suspension.
Once any driver has accumulated his or her first six (6) points, he or she will receive a written notice from PennDOT requiring them to take and successfully pass a special written point examination within thirty (30) days, in which case two (2) points will be removed from his/her driving record by PennDOT. Should the driver fail to pass this examination within the required thirty (30) days, however, his/her license will be suspended until such time as the exam is passed.
The penalties imposed and corresponding actions taken by PennDOT become increasingly severe once any driver reaches or accumulates six (6) or more points for the second or more time. For example, when any driving record is reduced below six (6) points and for the third or more time reaches six (6) or more points, the driver will have to attend a Departmental Hearing, at which a Hearing Examiner will review the driving record of the individual in order to determine whether a thirty (30) day license suspension will be imposed.
The penalties imposed and corresponding actions taken by PennDOT also depend upon the total number of points that a driver has accumulated on his or her driving record at any given time. For example, an individual’s driver’s license will be automatically suspended by PennDOT once a driver reaches eleven (11) or more points on his or her driving record, and the length of the suspension will depend upon the individual’s driving record.
Should you be involved in a situation where the assessment of points, or the suspension of your driving privilege, is at issue, it is extremely important that you consult with an attorney who has experience in this area of the law, in order to ensure that your rights are properly protected.
The attorneys at the Law Firm of DiOrio & Sereni, LLP are experienced and available to help you. Contact Robert B. George, Esquire at 610-565-5700, or send him an e-mail at [email protected].

By: Laurie A. McCarthy, Esquire [email protected] The Team … END_OF_DOCUMENT_TOKEN_TO_BE_REPLACED

“My little dog—a heartbeat at my feet.”      -  Writer Edith … END_OF_DOCUMENT_TOKEN_TO_BE_REPLACED

By: Laurie A. McCarthy, Esquire [email protected] Show Up – … END_OF_DOCUMENT_TOKEN_TO_BE_REPLACED