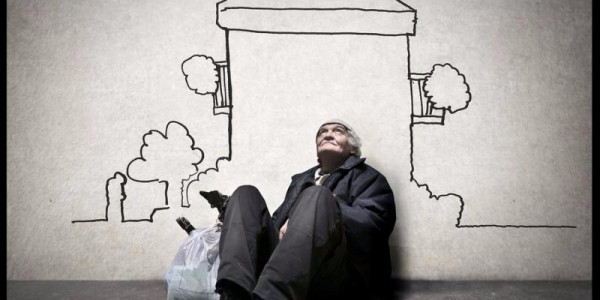 As we learned from last month’s blog, the failure to plan for the future could drain your assets and have serious consequences for your family.  We also learned about what NOT to do, from the rich and famous, when creating your estate plan.  Here we have even more examples of celebrities who passed on without a proper estate plan and the families who suffered the consequences:

Heath Ledger failed to update his will – Heath Ledger passed away in 2008 and had a will.  Unfortunately, the actor failed to update his will after he had his daughter.  As a result, his entire estate, worth upwards of $20 million, went to his parents and sisters.  This unfortunate circumstance could have been avoided if it had not been for two mistakes.  The first is not having a will that references the possibility of future children.  The second and most crucial mistake is not updating your will once there is a life-changing event, such as marriage, having children, or upon the death of one of the heirs to your estate.  Fortunately for Heath Ledger’s daughter, his parents and sisters made sure that she received her inheritance, but without a proper estate plan, this failure could have turned out very badly.
Whitney Houston failed to revisit and revise her will –
While Whitney Houston did have a will prepared that included her daughter back in 1993, she did not revisit and possibly revise her will to prevent her child from getting a windfall before she was mature enough to handle it.  When Houston died in 2012, her will stated that her daughter was to receive $2 million, with the rest of her $20 million estate to be distributed to her thereafter.  Her daughter, who was 18 at the time of her mother’s death, received her $2 million share in 2015, the same year she died of drowning and a drug overdose.  While it is unclear if the $2 million windfall contributed to her drug use that led to her death, such factors should be considered, if the maturity of the child is not consistent with managing an inheritance.
Michael Jackson failed to fund his trust –
While Michael Jackson correctly began the path of good estate planning by creating a trust for his heirs to simplify the distribution of his assets, the subsequent failure to transfer his assets into the trust made it useless.  The failure to fund the trust resulted in his heirs having to go to court, and subjected the handling of his estate to court approval with significant delays, costs, and taxes.  Had the trust merely been funded, the transfer of assets would have been greatly simplified, and would have avoided court approval and provided the heirs with substantial tax and cost savings.
Marlon Brando made oral promises that were not part of his written estate plan –
Actor Marlon Brando had an estate plan to account for his $100 million net worth when he passed away in 2004.  However, the actor made oral promises to his housekeeper promising her the house, but never put her in the will.  While legally it was an uphill battle for the housekeeper to obtain the actor’s home, the case settled for $125,000, which could have been avoided if this had been addressed by Mr. Brando in his estate documents or by changing the title to his real estate.
These examples are just more of what can happen if you do not get the advice of an experienced attorney to create an estate plan tailored to your needs.  Even if you presently have a will, chances are you need to update that will or other estate documents as circumstances change.  Getting married, having children, divorce, adoption, income changes, and other life-changing events should always prompt you to review your will and estate documents.  As can be seen with these examples, you can have peace of mind that your heirs will avoid the headaches and costs associated with a proper estate plan.
If you need an estate plan, or need to update your current estate plan, the attorneys at the Law Firm of DiOrio & Sereni, LLP can help. Please contact Matthew Fry, Esquire at 610-565-5700 or email me at [email protected].

By: Robert B. George, Esquire [email protected] The notoriety … END_OF_DOCUMENT_TOKEN_TO_BE_REPLACED

By: Robert B. George, Esquire [email protected] The notoriety … END_OF_DOCUMENT_TOKEN_TO_BE_REPLACED