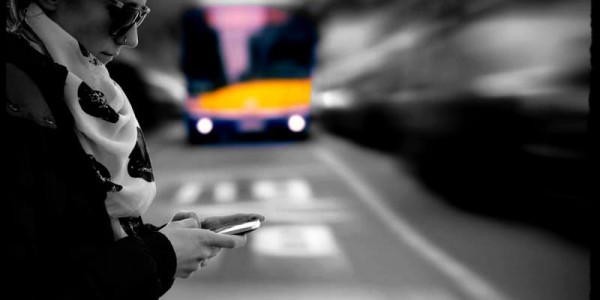 Pokémon GO – The Good, the Bad, and the Ugly

Pokémon! Gotta catch’em all! These are the lyrics to the theme song all Pokémon lovers (and their parents) know so well.

Kids of all ages-from ages 5 to 50-are playing the new Pokémon GO interactive virtual game on their mobile devices. Using the mobile device’s GPS system, players walk their communities in search of-and in hopes of catching-Pokémon, amounting to 150 different kinds of creatures. Players obtain needed items at Pokestops and battle other Pokémon caught by other players at “gyms” located at places such as historical landmarks, churches, memorials, fire houses, and libraries.

There are definitive benefits to the game; kids are getting off of the couches this summer and are walking miles in search of Pokémon. Collected Pokémon eggs will hatch when a player walks either 2 km, 5km or 10 km depending on the type of egg. (The game counts only walking kilometers, not driving kilometers).

Personally, my evening walks have once again become family walks, and I am thoroughly enjoying the additional family time! In addition to the obvious benefits of exercise, I get additional bonding time with my kids in between finding and catching Pokémon.

In addition to sore leg muscles, there are a few “bad” things about the game that you should be aware of. For one, the app is a battery eating monster. The game uses a player’s GPS system, camera and a bright screen which together drain a smartphone’s battery fast. A dead phone is of no use to a teenager who needs a ride home or to worried parents trying to get in touch with their wandering kids.

The app also just happens to give Nintendo and Niantic-the makers of the game-full access to your Google account, including emails and personal information. The makers have stated that this was a coding “mistake” and are working on a fix which will allow the makers to only collect basic profile information.

Unfortunately, the biggest downside of the game is the safety risks – and there are several.

Distracted-or determined-players are trespassing to find Pokémon because they can be located anywhere, including people’s backyards and homes. Some home owners have reported the “intruders” to the police. Kids (again, big and small) should be taught to respect other people’s property and privacy but also should be warned that some homeowners-not knowing about the game-may take protective action by harming any intruders.

Criminals, including armed robbers and sexual predators, can also play the game and use it to lure unsuspecting players. The game gives players “lure modules” which, when placed, attract more Pokémon to a specific Pokestop for 30 minutes for all players. All players can see the location of where a lure was placed. Thus, unsuspecting players can be drawn to a Pokestop where criminals may also be drawn, or where a criminal actually set the lure. It has been reported that eleven players were allegedly robbed at gun point at a secluded Pokestop with a lure in place in St. Louis, Missouri.

The Pennsylvania State Police recently released a Community Awareness Bulletin warning citizens of some of these risks.

Knowing the risks, and teaching our kids about them, will help keep them safe while enjoying catching all those Pokémon!

The attorneys at DiOrio & Sereni, LLP are experienced and available to help you.  Contact Pamela A. Lee, Esquire at 610-565-5700 or send her an email at [email protected].

By: Laurie A. McCarthy, Esquire [email protected] The Team … END_OF_DOCUMENT_TOKEN_TO_BE_REPLACED

“My little dog—a heartbeat at my feet.”      -  Writer Edith … END_OF_DOCUMENT_TOKEN_TO_BE_REPLACED

By: Laurie A. McCarthy, Esquire [email protected] Show Up – … END_OF_DOCUMENT_TOKEN_TO_BE_REPLACED