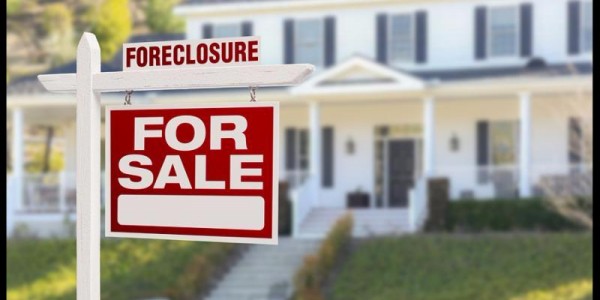 SAFE AT HOME: SAVING YOUR HOME FROM FORECLOSURE

Due, in part, to the increasing evidence of fraudulent and predatory lending practices in the real estate industry, there has been a shift on the part of our courts in favor of homeowners when it comes to foreclosure actions.   Homeowners, through their attorneys, are taking advantage of this change in judicial attitude and successfully challenging foreclosure actions in many different ways. Here are six  strong defenses to foreclosure, and how to raise them in court.
At the outset, to raise a defense to the foreclosure action, you must bring the issue before a judge. This is automatic in about half the states, where foreclosures are typically accomplished through civil lawsuits and judicial foreclosure orders.  In the other states, however, foreclosures take place outside of court (these are called non-judicial foreclosures) and you have no automatic means by which to present a legal challenge. To have your defenses ruled on by a judge in these states, you have to file a lawsuit alleging that the foreclosure is illegal for some reason and asking the court to put the foreclosure on hold pending the court’s review.
1. Unconscionable Mortgage Terms
Over the years, attorneys have used the concept of “equity” to come up with a panoply of approaches to defending against foreclosure. The equity branch of law focuses on fairness in situations where a legal statute doesn’t provide adequate relief. It usually isn’t enough to simply claim that the foreclosure is unfair; rather, you have to fashion a specific justification for your position that has previously been recognized by the courts.
One such justification is a principle known as unconscionability – which is essentially saying that the terms of your mortgage, or the circumstances surrounding it, are so unfair that they “shock the conscience of the court.” In one case where this defense was successful the borrower spoke very little English, was pressured to agree to a loan that he obviously couldn’t repay, was not represented by an attorney, and was unaware of the harsh terms attached to the loan (such as an unaffordable balloon payment).

3.      Failure on the Part of the Foreclosing Party to Follow Procedures

4.      The Foreclosing Party Can’t Prove It Owns the Mortgage

The party that actually holds the underlying mortgage, more commonly known as the mortgage holder, is the only party that may bring the foreclosure action. If your mortgage, like many, has been sold and bought by different banks, lenders, and investors, proving just who owns it can be difficult for the last holder in the chain. Appropriate documentation of who owns the mortgage must be presented, and this is often difficult for the foreclosing party to do, and may present a legitimate basis upon which to challenge and successfully defeat the pending foreclosure action.

5.      The Mortgage Servicer Made a Serious Mistake

Mortgage servicers, which are the entities who contract with banks and other lenders to receive and disburse mortgage payments and enforce the terms of the mortgage, are known to make mistakes all the time when they’re dealing with borrowers, which could present another viable defense by which to successfully defeat a pending foreclosure action.
For example, you may be able to challenge the foreclosure based upon the following common errors: (i) your payments having been credited to the wrong party, such that you weren’t actually delinquent to the extent asserted by the foreclosing party; (ii) the imposition of excessive fees or fees by the lender that are not authorized; or (ii) the lender substantially overstating the amount you must pay to reinstate your mortgage.
Mistakes on the amount you must pay to reinstate your mortgage are especially serious. For example, if the mortgage holder says you owe $25,000.00 to reinstate your mortgage, perhaps because it has imposed unreasonable costs and fees, when in fact you owe only $15,000.00, you may have been prevented from being able take advantage of a possible reinstatement.

You may be able to fight your foreclosure by proving that your lender violated a federal or state law designed to protect borrowers from illegal lending practices. Two federal laws protect against unfair lending practices associated with residential mortgages and loans: (i) The Truth in Lending Act (TILA); and (ii) An amendment to TILA commonly termed the Home Ownership and Equity Protection Act (HOEPA).
Lenders violate TILA when they don’t make certain disclosures in the mortgage documents, including the annual percentage rate, the finance charge, the amount financed, the total payments, or the payment schedule.  In the case of loans covered by HOEPA, lenders must comply with various notice provisions and are prohibited from using certain mortgage terms, such as prepayment penalties if the loan is a high-cost home loan.
TILA and HOEPA provide a number of remedies for the borrower if these laws are violated. However, the key remedy in foreclosure actions is the borrower’s ability to retroactively cancel or rescind the loan under certain circumstances if the violation is significant or substantial. This is referred to as the right to an “extended rescission.”
If you find yourself involved in a foreclosure action, it is important that you consult with a qualified attorney.
The attorneys at the Law Firm of DiOrio & Sereni, LLP can help you. Contact Robert B. George, Esquire at 610-565-5700, or send him an e-mail at [email protected]