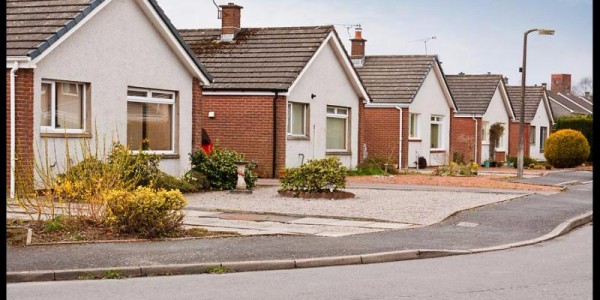 In a unanimous decision on July 5, 2017, the Pennsylvania Supreme Court held that it is unconstitutional for a taxing authority to appeal the real property tax assessments of only one sub-classification of properties where that sub-classification is by property type, such as a commercial property or apartment complex.
In Valley Forge Towners Apartments v. Upper Merion Area School District, No. 49 MAP 2016 (Pa. July 5, 2017), the property owner – the owner of apartment complexes in Upper Merion Area School District – alleged that the school district targeted only commercial properties for real estate tax assessment appeals because these properties’ values were generally higher than for example, single-family homes, and raising the commercial properties’ assessments would result in a greater tax-revenue increase than doing the same with under-assessed single-family homes.
At issue was whether the school district’s alleged program of appealing the assessments of onlyone sub-classification of properties – i.e., commercial properties – is constitutional under the Uniformity Clause of the Pennsylvania Constitution.
The Uniformity Clause provides that “[a]ll taxes shall be uniform, upon the same class of subjects, within the territorial limits of the authority’s levying the tax, and shall be levied and collected under general laws.”  Pa. Const. Art. VIII, §1.
Under Section 8855 of the Consolidated County Assessment Law, a school district has the statutory right to appeal a property’s tax assessment, the same right as a property owner has.  However, the Court in Valley Forge explained that a school district’s statutory right to appeal does not “justify an action which the Uniformity Clause prohibits.” Accordingly, the Uniformity Clause limits the manner in which a school district exercises its right to a statutory appeal in that it cannot engage in a pattern of discriminatory targeting of certain types of properties for appeal.
Why does uniformity matter?  Because our taxpayers unjustly pay more than their fair share of the cost of government when other property owners pay less than their fair share in real estate taxes.  In Pennsylvania, our law provides for the “principle that a taxpayer should pay no more or no less than his proportionate share of the cost of government.”
The Pennsylvania Supreme Court explained that it is well-established law in Pennsylvania that all real estate in a taxing district forms a single class to be treated uniformly under the Uniformity Clause and the intentional or systematic disparate treatment of one sub-classification of property is a violation of the Uniformity Clause.  The Court further opined that a constitutional violation is not limited to wrongful conduct.
Significantly, the Court clarified that its opinion in Valley Forge Apartmentsshould not be construed as suggesting that the use of a monetary threshold or some other selection criteria would violate the Uniformity Clause if it were implemented without regard to the type of property or the residency of the owner.
Thus, this decision does not overturn In re Springfield School District, 101 A.3d 835 (Pa. Cmwlth. 2014), which held that a school district’s program of appealing properties for which recent sales price was at least $500,000 greater than its implied fair market value did not violate uniformity.
To prevail in a uniformity challenge – i.e. that a taxpayer is paying more than its fair share in taxes – the taxpayer must prove either (a) deliberate, purposeful discrimination, or (b) a discriminatory pattern in the application of the tax. Because of this ruling, the property owner in Valley Forge Apartments will get the chance to prove its allegations that the Upper Merion Area School District engaged in deliberate and purposeful discrimination against commercial properties owners in violation of our constitution.
Please contact Pamela A. Lee, Esquire at the Law Firm of DiOrio & Sereni, LLP at 610-565-5700 or email him at Plee@dioriosereni.com.

THAT HAS A GOOD “RING” TO IT: What Happens to the Ring When the Engagement is Broken?

By: Robert B. George, Esquire Dating back to ancient times, it has been … END_OF_DOCUMENT_TOKEN_TO_BE_REPLACED