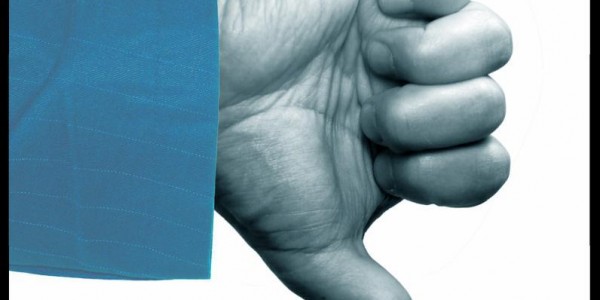 Wanted: Highly-Motivated Job Seekers (But Only Those Under Age 40 Need Apply)

Facebook is famous (or, at times, infamous) for its targeted advertising.  Russian bots aside, many people appreciate seeing ads on their Facebook feed relating to the account holder’s publicly posted interests. (Eagles fan? Here’s the playoffs t-shirt you’ve been waiting for!)

Recently, however, The New York Times and ProPublica, an independent nonprofit investigative journalism organization, uncovered a targeting technique which those of us over the age of 40 aren’t as apprecia+tive of—prospective employers using Facebook’s targeted advertising to disseminate want ads to potential job applicants among specified age demographics.  For example, Verizon ran a job search promotion for a finance position which was visible on users’ Facebook feeds—but only if those users were 25 to 36 years old who lived in, or recently visited, Washington, D.C.  The advertisement was invisible to millions of other potential job applicants who log in to Facebook on a daily basis.  The researchers found that dozens of the nation’s top employers—including Amazon, Goldman Sachs, Target and Facebook itself — likewise place recruitment ads limited to particular age groups, raising concerns that this type of targeting disadvantages older workers in the job market.

Facebook denies that its practice of facilitating age-targeting for employment ads runs afoul of the anti-discrimination laws.  After Facebook faced backlash over a report that housing advertisements were being targeted to persons who were perceived to belong to particular racial groups, Facebook announced that it was taking steps to end the practice.  With respect to targeting certain age demographics in employment ads, however, Facebook defends its practice as being no different from magazines which cater to a particular age demographic—such as Teen Vogue or AARP—which carry ads for employment opportunities which will most likely be seen only by consumers of those publications.

But Facebook seems to miss a critical distinction—anyone, of any age, can access those “age-based” magazines or advertisements.  Mass-circulated publications are widely available in retail outlets and libraries, as well as on line.  When it comes to Facebook’s age-based targeted advertising, however, an employer’s advertisements for available job opportunities are invisible on the feeds of persons outside the desired age demographic.  In the opinion of many employment lawyers, this form of age-based advertising constitutes textbook age discrimination.  It will be left to the courts to decide whether Facebook’s practices run afoul of the law.  To date, at least one class action lawsuit has been filed challenging Facebook’s age-based employment advertisements, and we will keep you posted on how the courts weigh in on this issue.

The attorneys at the Law Firm of DiOrio & Sereni, LLP are experienced and available to help you. Contact Lisanne L. Mikula, Esquire at 610-565-5700, or send her an e-mail at [email protected]

By: Robert B. George, Esquire [email protected] Dealing with … END_OF_DOCUMENT_TOKEN_TO_BE_REPLACED