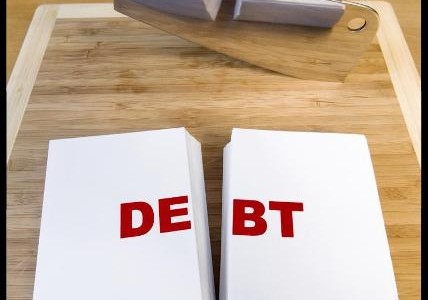 Debt Collection Update—If I Can’t Remember Incurring a Debt, Do I Have to Pay It?

In a victory for consumers, the Third Circuit Court of Appeals recently held that a debt collection agency violated the federal Fair Debt Collection Practices Act (“Act”) when it sent a letter to a consumer purporting to make a “settlement” offer relating to a stale debt.

Tatis filed a lawsuit alleging that she interpreted the word “settlement” in the letter to mean that she had a legal obligation to pay the debt.  Tatis claimed that the debt collector’s letter violated the Act because at the time the letter was sent, the debt was too old to be legally enforced.  Tatis claimed that the debt collector’s letter contained false, deceptive, or misleading representations about the debt and employed a deceptive means to extract payment of a debt in violation of the Act.

The trial court dismissed Tatis’ claims on the grounds that an attempt to collect a time-barred debt does not violate the Act unless it is accompanied by a threat of legal action.  The trial court held that Allied Interstate’s use of the word “settlement” did not constitute threatened legal action and, therefore, there was nothing improper about its attempt to obtain payment on the debt.

On appeal, the Third Circuit reversed the trial court’s dismissal of Tatis’ claims.  While the appellate court cautioned that an attempt to collect a time-barred debt does not necessarily violate the Act, the Act must be broadly construed to effectuate its purpose—to protect consumers from unlawfully misleading or deceptive means to collect debt.

Joining three other Circuits, the Third Circuit held that in the specific context of a debt-collection letter, the “least-sophisticated” debtor could be misled into thinking that “settlement of the debt” referred to the creditor’s ability to enforce the debt in court rather than a mere invitation to settle the account.  When read in its entirety, Allied Interstate’s letter, employing the words “settlement” and “settlement offer,” could plausibly connote litigation and, as such, the letter Tatis received could be construed as a threat of litigation regarding a time-barred claim.  Accordingly, the court held that Tatis was permitted to proceed with her claim that Allied Interstate engaged in deceptive collection practices in violation of the Act.

The Law Firm of DiOrio & Sereni, LLP is a full-service law firm in Media, Delaware County, Pennsylvania. We strive to help people, businesses and institutions throughout Southeastern Pennsylvania solve legal problems – and even prevent legal problems before they occur.  To learn more about the full range of our specific practice areas, please visit www.dioriosereni.com or contact Lisanne L. Mikula, Esquire at 610-565-5700 or at [email protected].

“My little dog—a heartbeat at my feet.”      -  Writer Edith … END_OF_DOCUMENT_TOKEN_TO_BE_REPLACED

By: Laurie A. McCarthy, Esquire [email protected] Show Up – … END_OF_DOCUMENT_TOKEN_TO_BE_REPLACED