GUARDING OUR SAFETY: PENNSYLVANIA SUPREME COURT HOLDS THAT PENNDOT CAN BE HELD LIABLE FOR DEFECTIVE GUARDRAILS 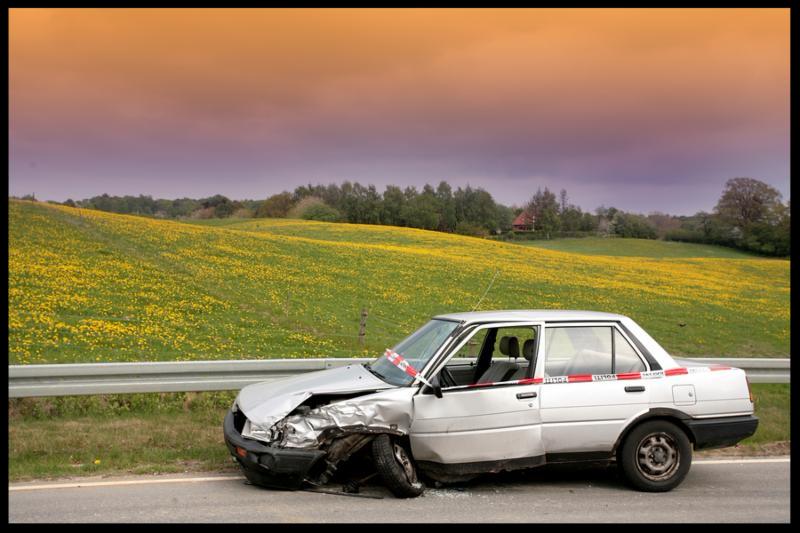 The Pennsylvania Supreme Court recently held that, pursuant to the plain language of the Sovereign Immunity Act (“Act”), the General Assembly waived PennDOT’s immunity as a bar to damages caused by dangerous guardrails affixed to the Commonwealth’s real estate on the side of a highway. The case is Cagey v. Commonwealth, No. 36 WAP 2016 (February 21, 2018).

The injured plaintiff in Cagey alleged that she encountered snow and ice on a Pennsylvania highway, lost control of her car, and then slammed into a guardrail on the side of the road which penetrated the side of the car, causing her serious injuries.  The plaintiff alleged that PennDOT (a) negligently installed the guardrail within an area that should have been traversable by car; (b) negligently installed a dangerous “boxing glove” guardrail that was not “crashworthy”; and (3) negligently failed to inspect or correct the “boxing glove” guardrail.  PennDOT moved for judgment on the pleadings arguing the Act barred the plaintiff’s claims.

The Supreme Court in Cagey began by reviewing its decision in Dean v. Dept. of Transp., 751 A.2d 1130 (Pa. 2000) which held that PennDOT has no duty to erect guardrails because the lack of a guardrail does not render the highway unsafe for the intended purpose of travel on the highway.  The Supreme Court noted that while its holding in Dean was limited to whether PennDOT has an obligation to install guardrails, the Commonwealth Court (the appellate court below the Supreme Court) had subsequently expanded its ruling to provide sovereign immunity when the Commonwealth installed guardrails in a negligent manner.

The Supreme Court in Cagey found that under the Act, three statutory requirements must be met for liability to be imposed on the Commonwealth: (a) the injury must have resulted from a dangerous condition; (b) the dangerous condition must be a condition “of Commonwealth agency real estate”; and (c) the damages must be recoverable under common law “if the injury were caused by a person not having available the defense of sovereign immunity.”

Finally, the Supreme Court in Cagey found that because a possessor of land is liable for harm caused by a dangerous condition that it would have discovered through the exercise of reasonable care, the plaintiff’s allegations satisfied the third common law requirement.

Importantly, the Supreme Court in Cagey limited its earlier holding in Dean to the facts presented there: failure to install a guardrail.  In a concurring opinion, Justice Wecht opined that he would overrule Dean, but the majority rejected that suggestion, leaving for another day the question of whether its rationale remains valid for those facts.  The Supreme Court in Cagey stated that because it expressly rejected Dean’s “safe for travel on the roadway” rationale, it demonstrated that the holding in Dean was not a “decisional rationale” of significance.

The Supreme Court in Cagey also expressly overruled the earlier Commonwealth Court holding in Fagan v. Commonwealth, Dep’t. of Transp., 946 A.2d 1123 (Pa. Cwlth.2006), which had held that sovereign immunity is not waived for defectively designed or maintained guardrails, and its progeny.

What does this new ruling mean for travelers along highways who become injured by allegedly defective guardrails?  It clearly means that if a governmental agency erects guardrails along its roadway, it has a duty to install and maintain reasonably safe guardrails.

The Law Firm of DiOrio & Sereni, LLP is a full-service law firm in Media, Delaware County, Pennsylvania. We strive to help people, businesses and institutions throughout Southeastern Pennsylvania solve legal problems – and even prevent legal problems before they occur.  To learn more about the full range of our specific practice areas, please visit www.dioriosereni.com or contact Pamela A. Lee, Esquire at 610-565-5700 or at plee@dioriosereni.com.

“My little dog—a heartbeat at my feet.”      -  Writer Edith … END_OF_DOCUMENT_TOKEN_TO_BE_REPLACED

By: Laurie A. McCarthy, Esquire [email protected] Show Up – … END_OF_DOCUMENT_TOKEN_TO_BE_REPLACED