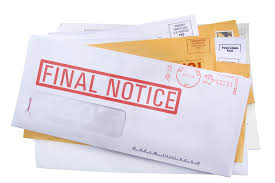 May A Landlord Sell Its Tenant’s Personal Property to Satisfy Past-Due Rent?

The Landlord and Tenant Act of 1951 was envisioned by the legislature to afford a complete and exclusive remedy for a landlord seeking to enforce his rights against a defaulting tenant. The Act provides for a statutory lien on a tenant’s goods for rents due up to one year and authorizes what is known as a “distraint action”, in which the landlord may lawfully take possession of and sell personal property/belongings of the tenant’s found or left at the leased premises to satisfy past-due rents.

Under the applicable laws, however, an enforceable landlord’s lien does not actually arise unless and until the statutory distraint procedures have been followed, which includes an appraisal and sale of the property within a reasonable period of time. The issue of legality arises as to the procedure permitting the attachment by state officials of the tenant’s personal property based on the landlord’s ex parte petition authorizing the Sheriff to hold a public sale of the tenant’s property.

The federal courts of Pennsylvania began raising questions about the unconstitutionality of the distraint procedures based on due process concerns for the tenant, which were primarily based upon the lack of notice and opportunity on the part of the tenant to be heard. In 1986, the Pennsylvania Superior Court held that the distraint process was no longer operative, which was later followed by confirmation on the part of the Superior Court that it had previously decided distraint was unconstitutional. The Pennsylvania Supreme Court has since recognized the Superior Court’s ruling in this regard.  Even where distraint has not been explicitly recognized as unconstitutional, the courts have emphasized that strict notice requirements must be adhered to prior to lawful possession and disposition of a tenant’s personal property.

Accordingly, a landlord interested in exercising his or her rights in this regard must be concerned about what is a lawful and appropriate action so as to avoid being held liable to the tenant, such as in an action for conversion which essentially amounts to the improper or illegal seizure of another personal property.  Consequently, the question raised is whether a landlord proceeding in a manner that the distraint process seems to authorize may be held liable in a tort action by the tenant for an unlawful act. Commentators have suggested that the Pennsylvania Supreme Court would recognize a cause of action for trespass under the Act for a landlord who uses self-help instead of the legal process to evict a tenant.

Further confusion exists because self-help repossession remedies have been effectively rendered illegal under current Pennsylvania landlord and tenant laws.  Self-help eviction constitutes any acts undertaken to prevent a tenant from using the leased premises, other than by proper judicial process, including, but not limited to,  removing the tenant’s personal property, using or threatening to use force or violence, reducing or disconnecting utility services, or removing parts of the structure, such as doors and windows.   The Pennsylvania courts have treated self-help repossession as unconstitutional in that it involves the taking of property without affording a tenant notice and an opportunity to be heard, which presents similar questions and concerns about the legalities of distraint procedures.

Simply including provisions in an underlying lease that provide for landlord liens and/or that purport to permit the landlord to sell the tenants property for delinquent rent, as many commercial leases commonly do, may not be sufficient, as it does not necessarily give a landlord an actual lien without and unless there has first been a court proceeding that includes notice and an opportunity to be heard on the part of the tenant.

Importantly, and due to the current conflicting state of the law, it is highly recommended that a landlord should not attempt self-help or seizure of a tenant’s property, but rather should commence an eviction action.  This is particularly true if a landlord who is owed money would rather be the plaintiff in a collection action against the tenant as opposed to a defendant in a conversion action brought by the tenant.

If you find yourself involved in a landlord-tenant dispute in which the sale of a tenant’s property is being contemplated to satisfy past-due rent, whether you are a landlord or a tenant, it is important that you consult with an attorney that has experience with such matters.