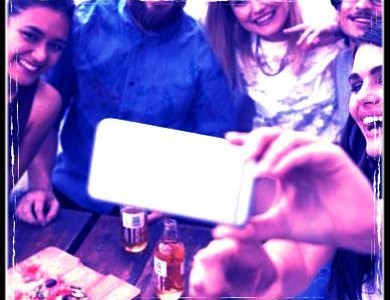 Oh, Snap! Beware of the Dangers of Snapchat

Word to the wise, be careful what you are posting and/or sharing on Social Media these days as it could very well come back to haunt and hurt you – including being used as evidence against you in civil and/or criminal matters.

Today’s exploding Social Media is revolutionizing and quickly changing the ways in which we as a society interact and communicate, often instantly, with friends, family and the world in general. Not surprisingly, and rather concernedly, this increasingly popular medium has become significant in various respects in many civil actions, as well as criminal investigations.

One such application of significant popularity among the younger generation at this time is “Snapchat”, which is a mobile phone application that provides a new way for users to share moments in their day-to-day lives with photos, videos and text. Unfortunately, parties involved in various types of civil actions, as well as the government in criminal matters, are increasingly looking toward and utilizing information obtained from Social Media in general and individual’s Social Media accounts as a means to gather evidence in their favor against the persons posting the information and/or the persons who are the subject of information being posted. Social Media evidence includes, but is not necessarily limited to, photographs, status updates, a person’s location at a certain time, and direct communications to or from an individual’s media account. This obviously raises various concerns – most notably of which includes constitutional issues such as one’s right to an expectation of privacy, particularly when it comes to the ability of an individual or, more importantly, the government, to obtain access to and obtain information from an individual’s Social Media account.

It should be widely known by the general public at this time that government agencies are actively searching thru social networking websites for evidence. Even without the need for a court-issued warrant and/or a subpoena, there are huge amounts of social media evidence publicly available and countless cases of record at this time involving individuals who are arrested because of information, photos, or admissions posted to Social Media sites. In that regard, I have specifically referenced Snapchat, as a result of a recent experience in a case wherein a client’s personal account has been accessed by local police in response to a search warrant that was issued as part of a criminal investigation – the results of which remain to be seen.

In addition to searching for publicly available evidence, the government is allowed to go a step further than the average person when it comes to pursuing Social Media evidence for and/or in the context of criminal investigations and proceedings. Importantly, however, there are various statutes, both state and federal, that dictate and control the manner, procedure and the circumstances under which a private individual and/or the government may attempt to access and/or obtain information from an individual’s Social Media account. It is extremely important, therefore, that one consult with an attorney that has experience and familiarity with this area of the law should you, or your Social Media account, be the target of an investigation by private party and/or the government.

The attorneys at DiOrio & Sereni, LLP are experienced and available to help you. Contact Robert B. George, Esquire at 610-565-5700, or send him an e-mail at [email protected].