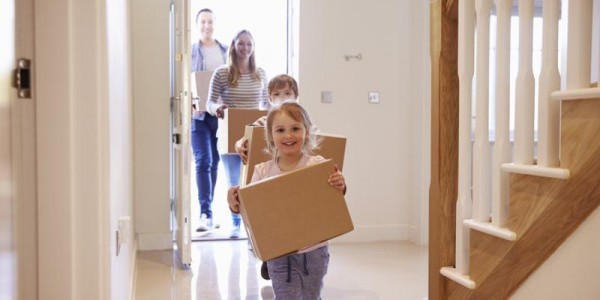 Relocating to Another State? What You Need to Know About Transferring a Guardianship to that New State

Given our increasing mobility, you, like many other families, may find yourself in need of transferring an existing guardianship between states.  Whether it is the result of a new job, better support system to meet the ward’s needs, or a more favorable climate, you may be asking yourself once the decision has been made to relocate to another state with your family, how do I go about transferring a current guardianship that I have over another person?

In that regard, it is important to understand that different states have different rules that may further complicate a move involving a person who is under guardianship. Guardians may need to take special steps to help their ward maintain or re-apply for government benefits, such as Medicaid or Supplemental Security Income. Guardians seeking to move their wards from the state that originally granted them guardianship must also determine whether the new state will actually recognize their authority.

Transferring a guardianship from one state to another can be complicated, so it is important to seek counsel in both the original state and the new state. If both states have adopted the Uniform Adult Guardianship and Protective Proceedings Jurisdiction Act (UAGPPJA), the process should be somewhat simplified and usually just requires some procedural paperwork. Currently passed by 37 states, Puerto Rico and the District of Columbia, the uniform code is intended to streamline the transfer process by stipulating that the substantive findings of the originating state be recognized and adopted by the new jurisdiction.

However, when both of the involved states have not signed up for reciprocity under the UAGPPJA, guardians may need to begin the guardianship process over by petitioning the new jurisdiction’s legal system for an appointment to be recognized in that state. A guardian may also need to petition the originating state court for permission to even take a ward out of the original state. Since definitions of capacity, limits to guardian powers, and many other factors differ across the nation, there’s always the risk that the new court’s findings will conflict with earlier determinations. In addition to procedural concerns, a guardian would also have to contend with the expense of attorneys, medical experts, investigators and, possibly, bond premiums. In such a situation, guardians must continue filing reports and accountings with the original state,  yet service providers and financial institutions in the new state may fail to recognize their authority.

However, when UAGPPJA is in place, guardianship transfer becomes a largely clerical operation, requiring permission from the originating state court to transfer, a request to the new home state to begin proceedings, and then various back and forth notifications until the final transfer has been accepted and the file can be closed in the former home state.

But even when UAGPPJA has been adopted by both states, there can be additional details that have to be worked out.  For example, different terminology may be used in each jurisdiction, thereby requiring additional time and effort.  There is also the possibility, although unlikely when dealing with two states that have both adopted the UAGPPJA, that one or both of the involved courts request an evidentiary hearing when transfers are requested.

If you should find yourself involved in a matter involving the transfer of guardianship from or to Pennsylvania, it is important that you consult with an attorney that has experience with such matters.

By: Robert B. George, Esquire [email protected] The notoriety … END_OF_DOCUMENT_TOKEN_TO_BE_REPLACED

By: Robert B. George, Esquire [email protected] The notoriety … END_OF_DOCUMENT_TOKEN_TO_BE_REPLACED