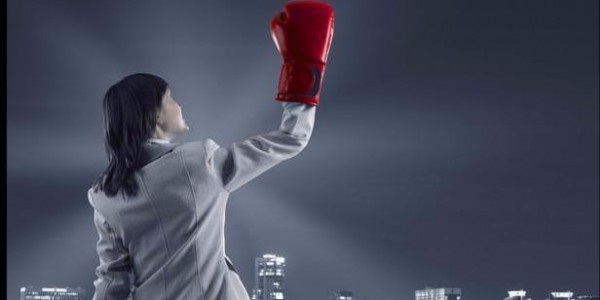 The Law Firm of DiOrio & Sereni, LLP Successfully Ensures Taxpayers Do Not Pay More Than Their Fair Share

June 28, 2017 by DiOrioSereniLLP
By: Pamela A. Lee, Esquire
Our taxpayers unjustly pay more than their fair share of the cost of government when other property owners “game” the system and pay less than their fair share in real estate taxes.  In Pennsylvania, our law provides for the “principle that a taxpayer should pay no more or no less than his proportionate share of the cost of government.”
In a constitutional violation claim alleging lack of uniformity, the Law Firm of DiOrio & Sereni, LLP successfully preserved an $800,000 plus verdict for a local school district after the commercial tenant withdrew its Petition for Appeal because there were no genuine appealable issues.
To prevail in a uniformity challenge – i.e. that it is paying more than its fair share in taxes-the commercial tenant must prove either:
(a) deliberate, purposeful discrimination, or
(b) a discriminatory pattern in the application of the tax.
The commercial tenant in In re: Marple Newtown School District[i] did not challenge the fair market value of its property – a commercial three-story medical office building – only the common level ratio applied to the fair market value which is used to compute the property’s assessment. The commercial tenant defined a class of property – commercial office buildings over 50,000 square feet – and alleged that the common level ratio applied to the class was purportedly significantly lower than all other property in the county.
Simply put, a court in a tax assessment appeal first determines the current market value and then applies the established predetermined value – or common level ratio.  The common level ratio is a tool Pennsylvania uses to equalize the assessments of properties that are valued in different years and ensures uniform treatment of all property owners within the taxing authority’s jurisdiction. Each year, the state’s Tax Equalization Division (TED) establishes each county’s common level ratio based upon the county’s previous years’ sales, using a statistical analysis.
The commercial tenant here sought to apply a ratio equal to half of TED’s common level ratio to its property’s market value of over $46 million.  Instead of paying taxes on an assessment of $31,781,000, it sought to pay taxes on an associated assessment of only $16,700,000, which, if granted, meant “gaming” the school district out of over $265,000 each year in tax revenue.
In support of this contention, the commercial tenant’s expert purportedly conducted a county-wide search of all sales of property that fell into its defined class and came up with ten purported comparable sales.
However, the school district’s evidence demonstrated the commercial tenant’s expert failed to include several sales that also fell into the commercial tenant’s defined class.  The school district further demonstrated that while the commercial tenant could point to a few select properties in the taxing district that were assessed at a lower ratio, the evidence also showed that several sales comparables in the commercial tenant’s defined class were assessed at or above TED’s common level ratio.
The commercial tenant’s expert then narrowed his list of ten sales comparables down to three without any explanation.  Based upon these three cherry-picked sales comparables, the expert then conducted a ratio study and concluded that applying TED’s common level ratio to the subject property would result in a disparate tax treatment.
The trial court properly found that the commercial tenant’s ratio study (a) did not use a random sample; (b) used a sample size way too small; and (c) failed to make necessary adjustments to the sales prices which spanned numerous years and involved complex commercial transactions of large commercial property.
While evidence of assessment-to-value ratios of similar properties of the same nature in the same taxing district is relevant and must be considered by the trial court, the trial court properly rejected the commercial tenant’s evidence because it was unreliable.  Accordingly, the commercial tenant failed to prove that office buildings over 50,000 square feet in the county are systemically taxed at a lower rate than other property in the county.
If granted, the commercial tenant’s approach encourages an unwieldy race to the bottom in which owners will mine for the lowest ratios they can find and drive down assessed values – a result our Supreme Court cautioned against in Deitch Co. v. Allegheny Cnty Bd. of Prop. Assessment[ii].
Allowing this approach would also result in an inequitable distribution of taxes owed by other taxpayers.
Because this case spanned three tax years, the attorneys at the Law Firm of DiOrio & Sereni, LLP successfully obtained over $803,000.00 in back tax revenue for the local school district, its students and families, with an annual tax dollar increase of over $260,000 beyond 2017 and ensured that the remaining taxpayers in the school district will not be forced to pick up the slack because this commercial tenant did not want to pay its fair share of the cost of government.
[i]  Court of Common Pleas, Delaware County,Docket No. 14-10437, (S.J. Burr, April 3, 2017).
[ii]  209 A.2d 397 (Pa. 1965).
The attorneys at the Law Firm of DiOrio & Sereni, LLP are experienced and available to help you. Contact Pamela A. Lee Esquire at 610-565-5700, or send her an e-mail at [email protected]

THAT HAS A GOOD “RING” TO IT: What Happens to the Ring When the Engagement is Broken?

By: Robert B. George, Esquire Dating back to ancient times, it has been … END_OF_DOCUMENT_TOKEN_TO_BE_REPLACED